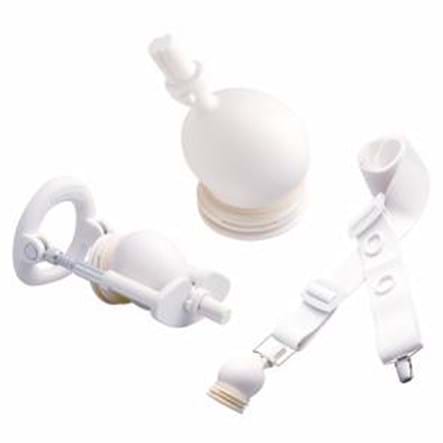 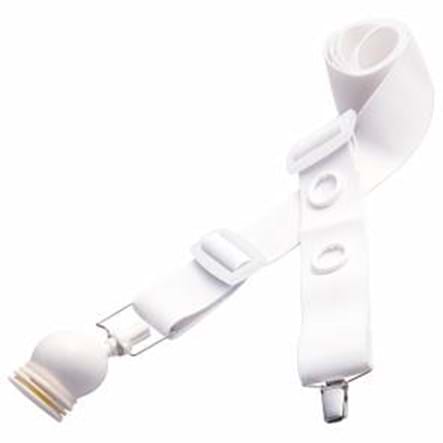 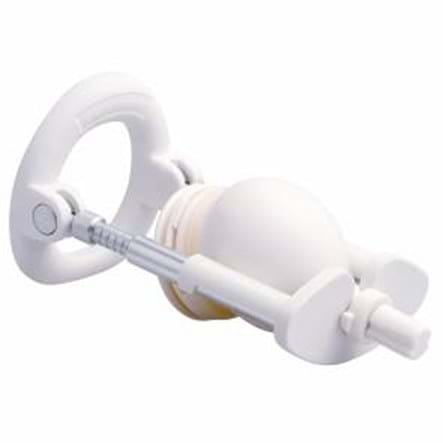 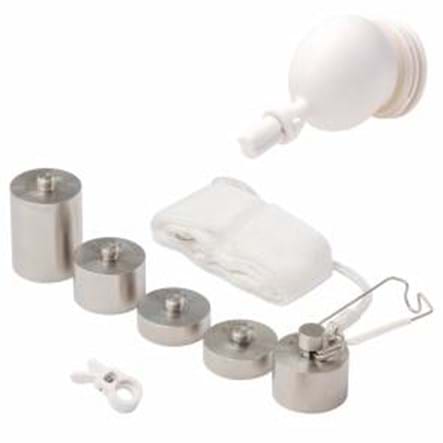 The physiological mode of operation of PeniMaster® penis expanders:

Permanent pulling forces stimulate and train the penis. Long-term application causes the formation of new cells within the penis. Amongst others, this allows for penis elongation, thickening, and straightening.

A body part increases in size or changes its shape by means of the formation of new body cells with the tissue. Regarding the male genitals this natural procedure ends at the age of 20 at the latest (upon achievement of sexual maturity). If the penis is to be enlarged or straightened after this age, the penis tissue requires long-term stimulation with the capacity of stimulating further cell growth. For this, PeniMaster PRO subjects the penis to a physical pulling force - which is why these apparatuses are also called "penis expanders" or penis stretchers.

According to our experience the penis can become longer and thicker on the basis of an elongation treatment with PeniMaster PRO covering several months of regular device use, because new body cells grow three-dimensionally in all directions from a physiological point of view if the devices are applied successfully along the plane of traction in particular. Long-term treatment may furthermore compensate reduction in curvatures of the penis. The results of long-term application are likely to be remain post treatment if the stable phase of Peyronie’s Disease has been established.

If the devices are used for short periods of time, temporary elongations of the penis may result from stretching effects.

Furthermore, an elongation treatment may have the same effect on the cavernous body as weight training and may overall penile condition (from a tissue cell-health perspective). 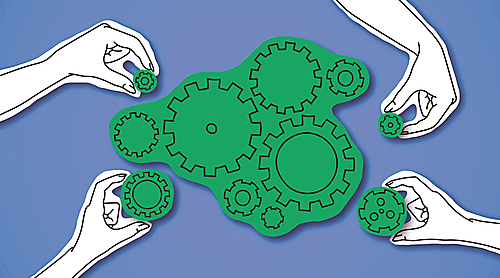 Applicable areas for pressure and pulling forces to change the body:

The body adapts to long-term pressure and pulling forces. For this, new body tissue will be formed. This cell differentiation and tissue expansion concept has been used for cultural, plastic-cosmetic purposes and medical purposes.

A normal (non-pathological) curve in the penis is caused by an uneven number of cells (and scar tissue plaque) in opposite sides of the penis. The side with fewer body cells (see illustration on the left) is shorter, causing a curve in the penis, especially during an erection. By stretching the penis, the side that has fewer body cells experiences more stress, so new cells grow faster on that side than on the side with more body cells. The curve begins to even out (new cells coloured pink).

Living tissue (comprised of functional cells) will eventually adapt to long term mechanical stress inflicted by pressure or pulling forces by changing its shape, in a bid to relieve the tension. In order for an afflicted body part to change in size or shape, new cells have to fill in the affected area (example: penis enlargement by using an expander, pic. 1 and 2). This means that growth in the affected body part will occur and remain permanent after treatment.

Natural changes in body shape through pressure or pulling forces

By way of example, a natural lengthening of body parts can be noticed with progressing age in the female breast. Because of the permanent pulling force of gravity on the tissue of the breast, it changes its shape and size ("sagging breasts"). The same is true for age related changes of the face: an increasingly sagging portion of the chin area or bags under the eyes are often the result of external forces on the cell tissue and the body’s reaction to them (the aging process in action) A natural expansion of the skin happens during pregnancy when the foetus exerts pressure against the inside of the stomach wall. The baby acts as an "internal expander" that stretches the skin and stimulates growth. The skin across the stomach usually remains slightly enlarged after the pregnancy and appears less tight than before the pregnancy.

Penis enlargement with an expander 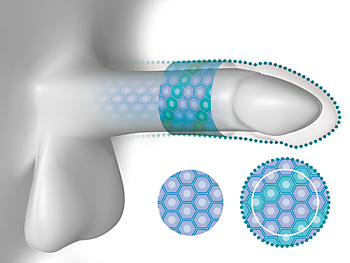 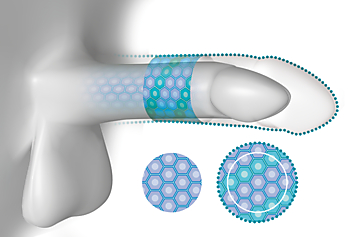 For several hours a day over several months, modern penis expander devices exert a pull of 200-1200 grams along the length of the penis. The body reacts to this stress by creating new cells inside the penis (new cells coloured pink). As cells grow three-dimensional in all directions, the penis grows in both length and thickness.

Penis straightening with an expander

A normal (non-pathological) curve in the penis is caused by an uneven number of cells in opposite sides of the penis. The side with fewer body cells ( caused by the formation of more compact scar tissue - see illustration on the left) is shorter, causing a curve in the penis, especially during an erection. By stretching the penis, the side that has fewer body cells experiences more stress, so new cells grow faster on that side than on the side with more body cells. The curve begins to even out (new cells coloured pink). 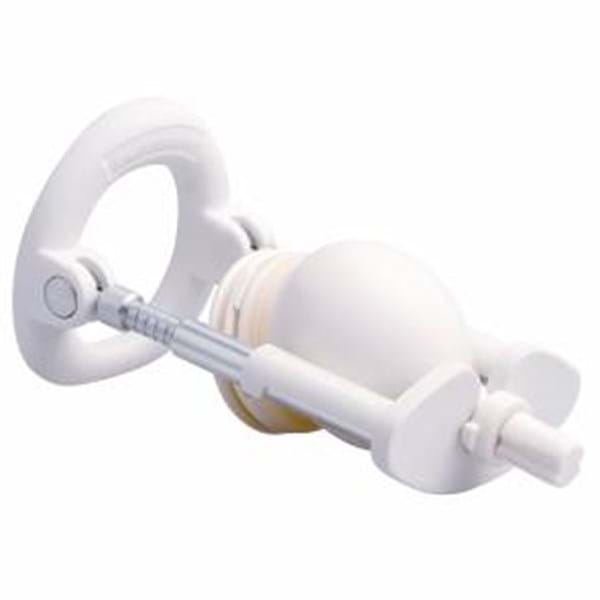 Cultural changes in the body

Cultural changes in the body through pressure or pulling forces

For thousands of years, humans in various cultures have used pressure or pulling forces to permanently change their bodies. The warrior tribes of Mursi and Surma in southern Ethiopia achieve extensive deformations of soft tissue parts in lips and ears by using permanently attached pieces of jewellery. The jewellery acts like an expander due to its huge dimensions. The famous "Giraffe Women" of Mae Hong Son (Thailand) owe their popularity to extended cervical vertebrae. Their growth is achieved by rings around the neck that are worn permanently and push the head away from the shoulders.

Plastic-cosmetic changes to the body

The medical field uses both natural and special expanders to correct body parts through mechanical pressure and pulling forces. An example of the effective use of natural pressure in orthopaedics can be found in the field of paediatric orthopaedics. With the help of an insole, the orthopaedic specialist uses the patient’s weight and pressure on the foot to turn it back into a healthy shape.

They are separated into two groups, external and internal (implanted) expander devices . External expanders are orthopaedic stretching devices, applied externally and connected to the body for a permanent or limited amount of time.

Examples of readily removable devices are braces that are not permanently connected to the teeth, correcting malformations of the teeth or a deformation of the jaw.

External expanders that are permanently connected to the body are being used for so-called limb extensions. These devices are externally fastened onto an extremity (i.e. a shortened or deformed leg) and screwed into the bone. Bone, muscle, and tissue will grow and change their shape .

Implanted expanders are used for reconstructive surgery (i.e. a mastectomy after breast cancer). In this case, the implanted expander is an expandable synthetic cushion, implanted under the patient’s skin. Over the course of several months the skin grows again due to the continued pressure from within and creates a cavity. After the expander is removed, a permanent silicone implant is inserted into the cavity to substitute the removed breast tissue . With the help of an implanted skin expander inside a suitable area (i.e. the face), "surplus" body tissue can be grown. This additional tissue can be transplanted to another location in the body and will not cause a rejection by the body like tissue from a donor.